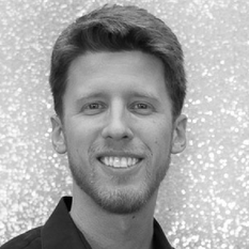 Born a military brat in Texas, Jeremy Bishop hopped around the world until his very musical family finally settled in Sautee-Nacoochee. His first show of significance was Oliver!  at SNCA in which he played the title role. After several years of homeschooling, Jeremy enrolled and graduated from White County High School, where he was involved in many productions under the direction of Gail Jones, from Camelot  to The Tempest  to A Funny Thing Happened on the Way to the Forum. He also began to compete vocally in high school and was the first runner-up for the state of Georgia in Boy's Solo.  Jeremy studied Vocal Performance at Piedmont College. Though majoring in music, he continued to indulge his love of theatre, playing many roles. A few favorites include Finch in How to Succeed in Business Without Really Trying and the tragic titular king in Oedipus Rex.  After a few lost years in finance, Jeremy  went on to receive an MAT in Secondary English Education at the University of North Georgia.

Jeremy assumed his role as director of the Stage Raiders in 2012. In addition to teaching Drama, he also teaches the occasional English class. He remains active as a singer and vocal coach. He also serves as a board member of the Habersham Community Theatre. Jeremy enjoys play-writing, having authored, produced, and directed The Yellow Wallpaper, Pagliacci, Antigone, and Oedipus the King, the latter which was featured at the 2015 State GHSA Competition.  Jeremy lives in Clarkesville with his wife Caroline and daughters Mara and Gwendolyn. 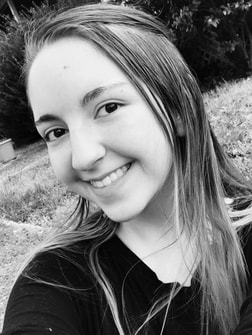 Abi Coppedge is a senior at HCHS serving as the President of Troupe 4860. She has been involved in theater since her freshman year when she first fell in love with it during the Habersham Stage Raider's production of Anything Goes. Since then she has actively participated in various plays and musicals both at school and in the community. Some of her favorite productions include Little Shop of Horrors, Little Women, and Failure: A Love Story. She looks forward to the upcoming school year and aspires to serve Troupe 4860 in any way she can.

​     As President, Abi will help direct and implement the student vision for the Habersham Stage Raiders, and looks forward to bringing your ideas to life through her leadership and hard work. 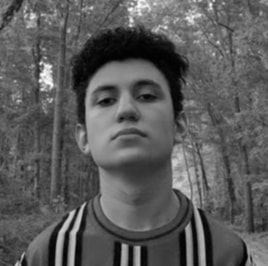 Juan Borge is a junior serving as the Vice President of Troupe 4860. He has been involved with the Stage Raiders since his Freshman year and has been in shows like Little Shop of Horrors and Failure: A Love Story. He is honored to be this year's Vice President and hopes to do all he can to further strengthen the program
​

As Vice President, Juan will serve as a liaison between HCHS and NGA, working to ensure that younger students make a smooth transition into high school. Additionally, he will make it his mission to ensure that all of our district's students have quality opportunities to see and participate in live theatre from elementary school, through middle school, and all the way to graduation.

Gideon Tanner is a senior at Habersham Central High School. He has been involved with the Stage Raiders since his freshmen year. Although you've never seen him onstage, he has been a part of many performances doing tech backstage. He has worked as set captain and props crew for shows such as Anything Goes, Clue: On Stage, and Little Shop of Horrors. Gideon is looking forward to an excellent final year with Troupe 4860 and is excited to see the Stage Raiders back on stage!

​ As Treasurer, Gideon will assist Mr. Bishop in handling funds, coordinate with the Booster Treasurer, assist the Secretary in her tasks, and manage box office operations. 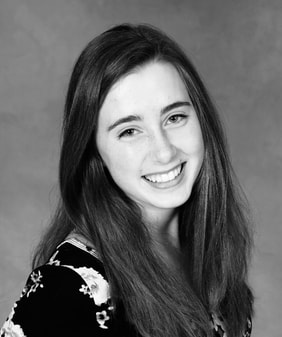 Amanda Newsome is a junior serving as the Secretary of Troupe 4860. She has been involved with the Stage Raiders since her sophomore year, and has participated in school theater since 8th grade. She has also been involved in community theater. Some of her roles include: Ariel in The Little Mermaid Jr., ensemble in Oklahoma!, Liesel in The Sound of Music, Sally in A Charlie Brown Christmas, and Wednesday in The Addams Family. Amanda also takes singing lessons and has performed in multiple community events. In her free time, she enjoys baking, playing with her dogs, and reading. She is excited to serve as the secretary for Troupe 4860 and is looking forward to a wonderful year!

As Secretary, Amanda will take minutes during all meetings, help track Thespian points, assist the Treasurer in his tasks, and assist Mr. Bishop with paperwork. The Secretary is the point person for all club-related questions, and should be the first stop for any troupe member or pledge who needs assistance.

First Meeting of the year